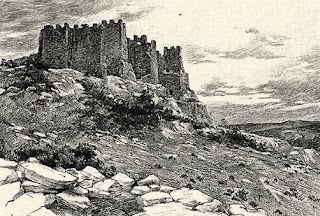 Only those who never set off for Blagaj will never arrive there. Turn to face the southern exit from Mostar and follow the path to the source of the Buna river - 12 kilometres or a 15-minute drive covers a distance 2,000 years long!

I saw the map of the missing roads, part of the study by Vaclav Radimsky published in the Journal of the National Museum 125 years ago. It is after these instructions that the map of the Bišće polje was produced by Hugo Jedlicka.

You see that Bišće polje begins on the outskirts of Mostar; this is a plain full of secrets that will not be revealed to just anyone. When you turn off the M17 towards Blagaj, you are greeted by Mukoša-inn at the crossroads. This is where the road to Blagaj branches off from that leading to Buna. Radimsky saw the ruins of the old Roman building with ''sculpted cornices, foundations and heads of the pillars, all of which probably formed part of a temple."

Situated right on the north-east side of the Royal vineyards, one enters the extended village of Gnojnice. The locality inhabited since ancient times: east of the mosque Radimsky  saw one, and west, in a clearing, two Illyrian tumuli. Rural well Vrba was  "walled with fragments of Roman monuments decorated with reliefs". In a previously unknown Roman settlement now known as Gnojnice, 27 medieval tombstones were found. Radimsky headed for the Cross, a secluded round mound in the locality of Dračevice. He saw at its foot, "above the scattered tumuli" - and on the top: a prehistoric fort. Towards the slope, moving on to Blagaj, the river-bed of Posrt meandered. Radimsky crossed the bridge of an anonymous and not particularly distinguished artisan. There starts Blagaj district Vrač, a place of luxurious villa owned by the Kosača duchy.
When Radimsky reached the source of the Buna river, he saw this building " embraced by both sides of the closed vertical cliffs leaning over it." Next to it is a tomb, "a modest tomb of Mohammedan saint where pious Mohammedans often come to pray," he writes to the best of his ability.

He provided a succinct description of Herzog's medieval castle above the Tekke, the crags - and the invisible walls and foundations – witnesses of Roman and Illyrian "architectural hands". From the castle Bišće is in plain view and figurines of people can be seen, along with a mosque, in the centre of Blagaj. Below the mosque, Buna flows, and over the Buna there is bridge composed of five arches. Radimsky still did not know that it was built by Karađoz bey in the 16th century. But he found the stone tablet with letters stating that it was renovated in 1849 by Belfe Kadir, the daughter of Ali bey Velagic.

Crossing the bridge to the other side, they took the hard path around the foothill of the stone Matere plateau, a toponym of Roman origin, towards Kosor. At the foothill of Kosorska glavica he ''found ruins of approximately 15 buildings lined up next to each other,” apparently streets, "some lined with sand and some with dry running." With joy they added to that the  "remains of Roman loamy vessels, iron nails" and all sorts of ancient "trinkets": the pocket money of a hollow pocketed Roman legionnaire.

Furthermore, they found "a medieval object" - the stone chair of Herzog Stjepan, where he sat and tried serfs and slaves of Hum. Jedlička  drew it immersed into soil, tilted as intoxicated bride. He also drew the chairs’ background, the letter by letter in our Bosančica: ‘’Take a look at this stone/ To whom it used to belong/ to whom it belongs now/ to whom it will never belong ‘’. That Herzog's chair can be found in National Museum of Bosnia and Herzegovina in Sarajevo.

The biggest "Roman" monument of stone that was found was "ancient"  Kosorski bridge  "extended over seven shafts, wide 2.6 to 6.5 m, and length  together with ascents 57 meters with wideness of 4 meters ..." The dispute about the origin of the bridge seems to be continued to this day.

Moving away from Kosor to Buna, the duo climbed to Kičin-forest, a mythical place full of secrets to this day. They came across peaks, remains of round houses, fortresses - maybe, Roman and pre-Roman date "rearranged" by human hand.

In the place named Buna, with access to the main road M17, the southern side of the triangular Bišće-fields is closing. No more further. "Small miracles" that were hidden, and smashed into fragments by not so gentle history, are the only signs of good that we inherited as unloved heirs of the corresponding part of the world. 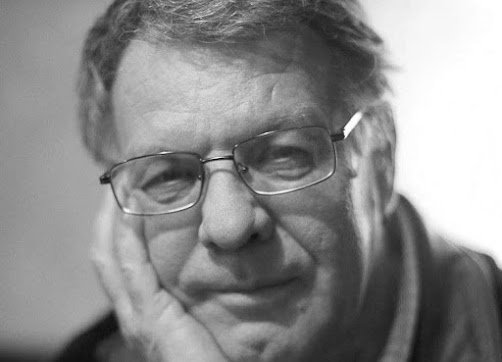